A Very Brief History of THE WATERMILL

Water-powered mills were once common in Aberfeldy and all along the Tay.

Mills have been recorded on this site, the lower Urlar Burn, since the 1600s and possibly as far back as the 1400s. Now very few remain and none are working mills. The present building dates from 1825 but by the late 1970s the mill only operated part-time and in 1982 it was sold to Tom Rodger, a retired miller from Cupar in Fife, who undertook an award-winning renovation and added a visitor centre. This closed in 2000.

When Jayne & Kevin Ramage first saw the mill it had been disused for three years. Rain was leaking in and rats scurried among abandoned grain sacks. It was certainly a large building but it was a rabbit warren of tiny rooms cluttered with industrial machinery.

However, despite all this, they fell in love with the building and ended up buying the 4,500 square foot grade-A listed mill that needed over £250,000 of refurbishment. Nine structural walls came down to open out space over three floors. New kitchen, toilets, windows, doors. When it came to electrics and plumbing, the whole lot needed re-doing from scratch. Problem enough in itself, but there were no wall cavities to hide cables and piping so the solution was to do everything in copper and make a feature of it. It looks fantastic but it didn't half cost!

Just five months after building work started, shelves were filled with books and over 300 people came along on 21 May 2005 to see Michael Palin officially opening The Watermill Bookshop, Cafe & Gallery.

In 2016 the shop was included in the New Yorker collection ‘Footnotes to the 75 Greatest Bookshops in the World’.

What a journey it has been and continues to be! 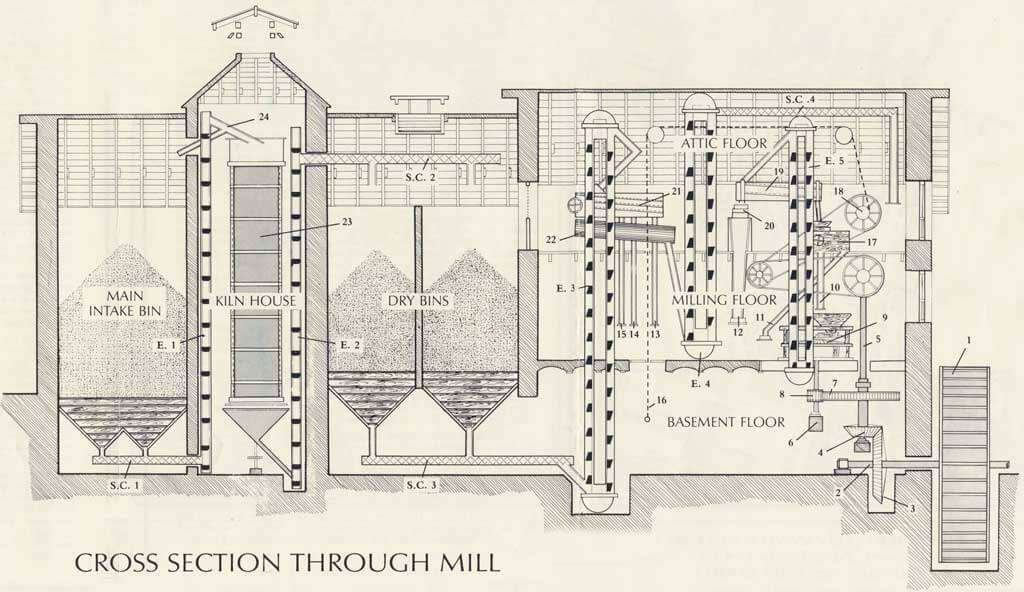 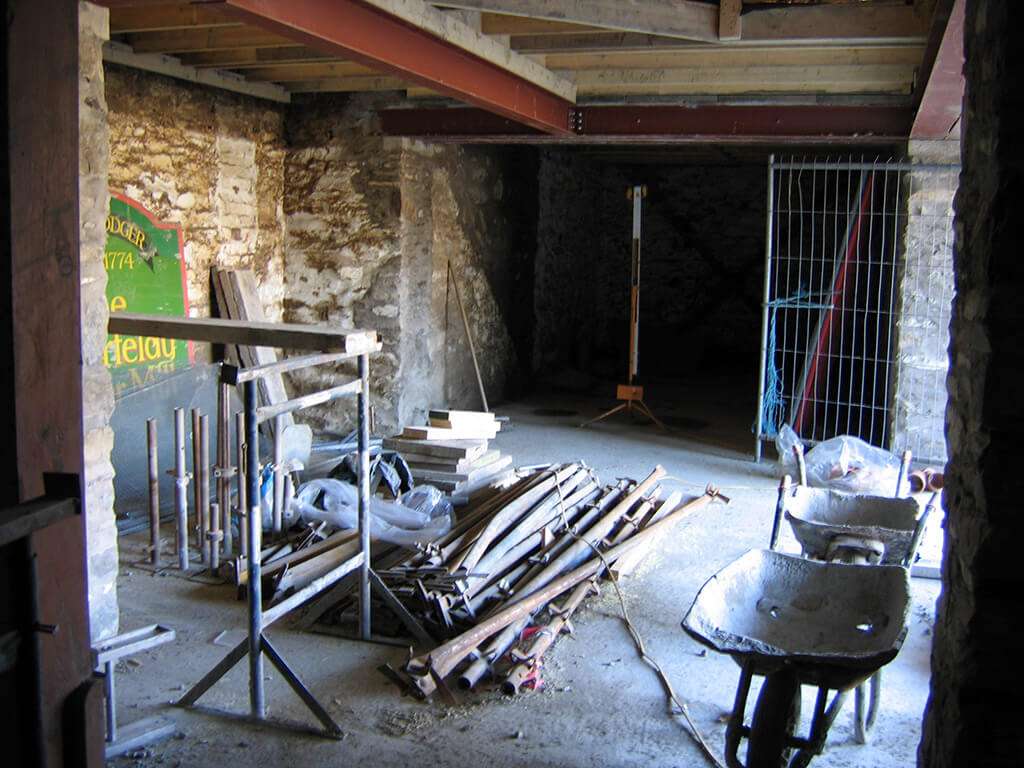 Whatever the time of year Aberfeldy is a great place to spend a few days or to make a day-trip from one of Scotland’s cities.

Starting from The Watermill enjoy riverside strolls or visit the waterfalls of the Birks of Aberfeldy (immortalised by Robert Burns). For the more adventurous, there are many Munros (Scotland’s mountains over 914m) in the area.

The Great Outdoors is there for everyone to enjoy - cycling, mountain biking, rafting and kayaking, open water swimming, fishing and golf are just a few of the activities in the area.

Even if the sun isn’t shining there is plenty to do – starting, of course, with a visit to The Watermill & Homer. The town has many other independent shops and galleries. Aberfeldy’s community-owned cinema, The Birks, shows new release films seven days a week and is on our must visit list.

We hope you enjoy exploring the area. There is so much to do - you'll need to return time and again to experience the best of what we offer. So, welcome, and welcome back!

Across is a brief selection of things to do and places to go in the Aberfeldy area. For more information go to visitaberfeldy.co.uk

Outdoor Activities: For ideas on local walks, checkout our selection of local maps and guidebooks. Beyond Adventure – white water rafting and kayaking, Aberfeldy Golf Course, Walk the Birks of Aberfeldy

Places to eat & drink in the day: The Watermill, Habitat Cafe, Tay Cafe. There are several more cafes and pubs in town, so plenty of choices.

Shopping: The Watermill & Homer, The Courtyard at Kenmore, Aberfeldy Gallery. Aberfeldy has a good range of other independent shops including clothes, shoes, childrensware, gifts, galleries and crafts

Somewhere to Stay?
The are many B&Bs, cottages and guest houses in the area – for a full list go to www.visitaberfeldy.co.uk. Here are a few: Balnearn House, The Townhouse, Moness Resort, Aileann Chraggan, Mains of Taymouth at Kenmore

You can contact us at Aberfeldy Watermill in the following ways